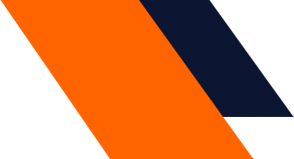 What is a strategy?

Everyone needs one, but what exactly does it mean?

The term strategy is almost as old as mankind itself. In history, it was often associated with warfare. It is no coincidence that the origin of the term strategy is derived from "army command" (stratos = army) and (agein = lead). As a strategy consultant, we interpret it as "the basic, long-term behavior (combination of measures) of the company and relevant sub-areas compared to the environment in order to achieve long-term goals".

Lasting success in the market

From our point of view (independent of strategy academics), a company that wants to maintain its position in the market must deal with the following 4 dimensions: 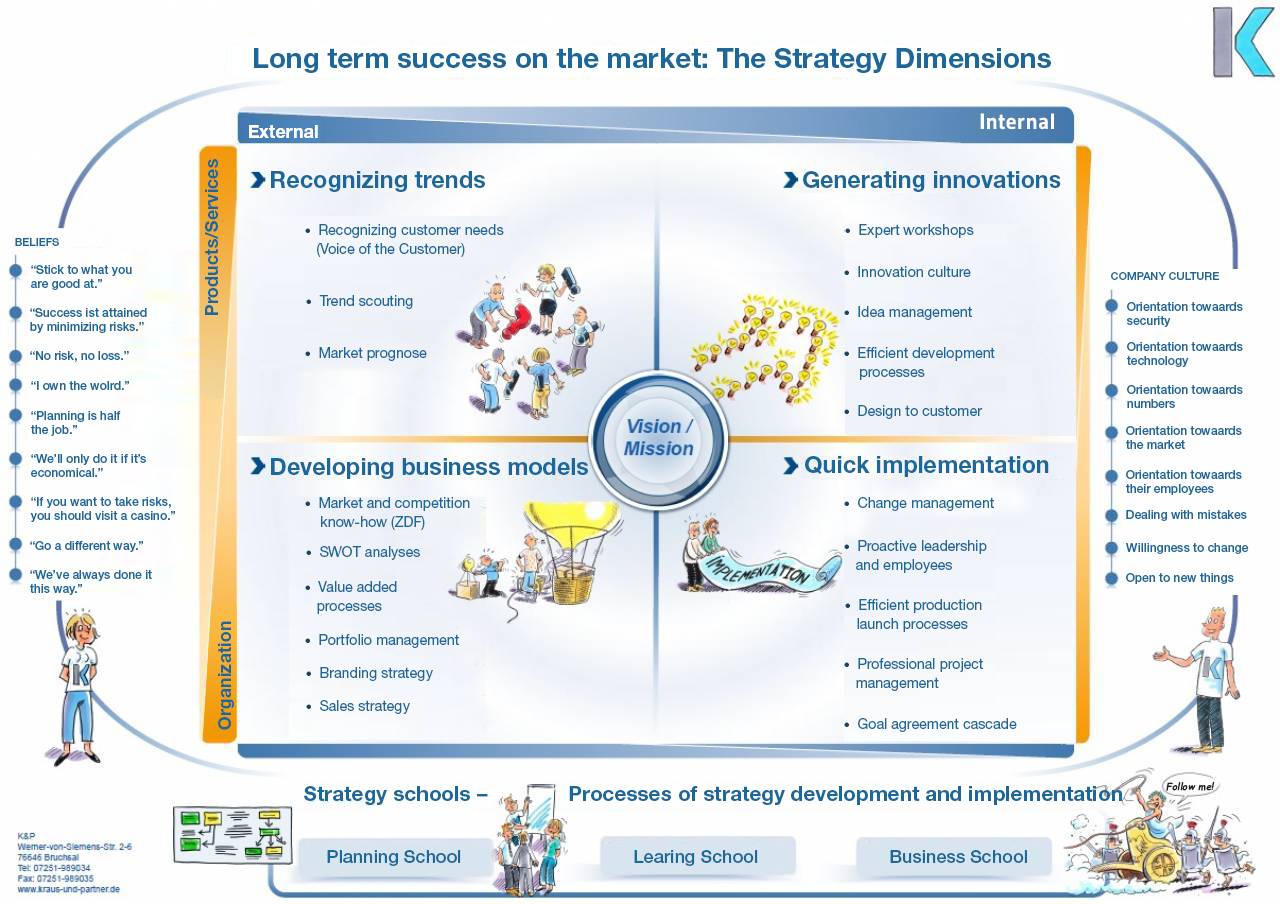 (1) Identifying trends
The inherent strategy is observing and acting or reacting to current trends, as they otherwise would have an impact on the company's success. In recent years, four trends that influence a company's strategy have emerged:
(2) Generate innovation
The second strategic dimension concerns the derivation of the right conclusions from the trend analysis because in the future, a company will only be successful if it develops new products that best meet the changed market requirements. These could be either further developments of existing offers or completely new products.

Different questions can help companies in their search for innovation:
We have prepared more information on the subject of innovation for you under the topic "Innovation".

No matter what the business model looks like, it doesn't matter what anyone thinks of it, if the customers don't like it."  (Paul Gratton)

(3) Developing a business model
A business model is an exemplary theoretical description of a business and enables the analysis of the environment and the derivation of strategies, as well as strategic measures to achieve the company's goals. Several methods and tools are available to support the development of a business model.
(4) Fast implementation
For many companies, it is of crucial importance that they can put their ideas and plans into practice quickly and professionally. This fact is a consequence of the second-time trend. There are a number of positive aspects to its implementation:

Only companies that treat all 4 fields with the necessary professionalism will remain successful in the long run!"

Strategies can be developed a number of different ways in companies. From our consulting experience in numerous strategy and change projects, the following three schools of thought are the most common.

(1) The strategy planning school
The strategy planning school contains inherent principles that, building on analysis methods (SWOT, Balanced Scorecard, etc.), leads to a clear goal with a corresponding implementation plan. The aim of the planning school is to obtain an "overall draft" with which the company can secure the budget and operational plans for implementation.
The four premises of the planning school are:
The advantage of this approach is that in a first step, a lot of energy flows into the development and the determination of the direction in which the company should be moving. The strategy team, i.e. the people who are overseeing it, invest a lot of time and process a lot of information in order to arrive at the overall concept. Because everyone involved is aware that the strategy results document will have far-reaching consequences for the company's orientation, a lot of "thought" goes into the process. The decision-makers must get together and make a decision on the direction of the company. This automatically leads to a process of "alignment", i.e. the common "agreement", where the path of the company is headed.

But there are also disadvantages. One of the disadvantages is the assumption that the strategy can be planned and predicted. The probability that the future is determined when a plan comes to fruition is notoriously vague. It is difficult for the planning school to flexibly react to sudden changes in the market. A permanent adaptation and revision of the strategy is often interpreted as an indication of the weakness of the strategy by those involved. For example, it may happen that a company continues to stick to its chosen course, even though recent indicators suggest that the strategy should be revised.

(2) The entrepreneurship school
Small and medium-sized businesses in particular often have entrepreneurial personalities who intuitively suspect how the market will develop. Strategy development is often an internal dialogue of these entrepreneurs. Decisions on the direction are often made on their own and with entrepreneurial courage. According to the entrepreneurship school, a strategy is the perspective of the leaders of an organization, accompanied by an image and a direction (vision). The strategy is therefore very much based on the leader's intuition, judgment, experience and knowledge. Often, he cannot justify his decision with mere figures. But he senses that there is a new direction opening up, which he then occupies as a pioneer. When Christopher Columbus suggested sailing West to arrive in the East, many people said he was crazy as well...

The six premises of the entrepreneurship school: The advantage of this school lies in the power of breaking new ground. Above all, strategies are not solely based on facts and figures (which usually represent the past anyway) but on putting energy into new ideas and concepts. Concerns about the entrepreneurship school are mainly directed toward the concentration of the strategy development process, which is essentially based on the character of a personality. Therefore, the process usually appears like a "black box" from the outside, since key decisions are made in the "mind" of the leaders. This often causes this school to suffer from the organization's lack of acceptance of the leadership's ideas. The main aim of the entrepreneurship school is to create a "link of understanding" between leadership and the rest of the organization. Only if the visionary leader's ideas are shared by the employees can a dynamic that can no longer be stopped be created!

(3) The strategy learning school
The basic idea of the learning school is that the strategy development process is a continuous learning process. The primary goal is to ensure that employees are constantly concerned about the future. Management should not only be the "executive body", but should feel permanently responsible for the direction of the company. Since our environment is constantly changing, this means that the management team in particular regularly picks up on new indicators, analyzes them and draws conclusions about the current business situation. "Test balloons" will appear as well. The sentence "Let's test whether this direction could be of interest to us, is more often heard at this school. Strategy is seen as a continuous examination of the future.

The five premises of the learning school:
The advantage of this approach lies in the creation of a positive attitude of your employees towards change. If this is pursued consistently, the organization will be able to pick up early indicators from the market and respond to them. There is a high degree of flexibility and willingness to get involved and experiment with something new. On the other hand, this behavior can lead to disorientation and a lack of alignment, as everything is constantly being called into question.

Always remember that this whole thing was started with a mouse." (Walt Disney)

Strategy in balance with culture

TYPICAL CASES ON THE TOPIC OF STRATEGY

When we are consulted

We have a lot of experience as experts in both strategy development and implementation.
These are some of our typical mandates: